I realized recently that I’m one of those people that writes about some new challenge I’m planning to embark on but then never talks about it again. Sometimes it’s just because I’m extremely unorganized and forget and sometimes it’s because I don’t want to admit that I’ve totally fallen out of step with the goal. I figured it’d be fun and slightly embarrassing to go back to some of the things I said I was working on and talk about where I’m at with them. I mean, why would I post these things on the internet if I wasn’t looking for some form of credibility.

The Goal: I never really came out and said it specifically but my first goal was to lose 10 pounds over the first 15 weeks of the year. 15 weeks just because it seemed like a good time frame and 10 pounds because its easier for me to focus on smaller increments at a time/10 pounds is where I really start to see a difference.

The Goings: I started off tracking my calories every day, aiming for about 1400-1700 calories a day. Most days I ended up around 1600-1800 but I was only eating when I was legitimately hungry so I felt good about it. After about 2 weeks I sort of fell into a pretty solid pattern and stopped tracking most days. I plan to start tracking daily again once I start the new job and my schedule changes or if I hit a plateau with the weight loss, which ever comes first. 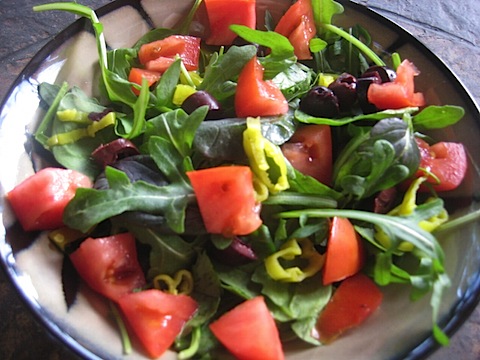 The Goal: Don’t eat beef, pork, or poultry for the month of January.

The Goings: I stuck with it 100% for about a week and a half. Then I ran into some situations where choosing the meat-free meal meant choosing a less filling or unhealthy option (which would have defeated the entire purpose of this goal). I’m probably eating meat about 3 times a week.

Results So Far: I’ve been experimenting with a lot of new grains like barley and quinoa. My meal creativity has increased in big ways. I’m feeling more satisfied both in my belly and from the way I feel when I put together a good meal in the kitchen. Basically this goal has saved me from just giving in and eating grilled chicken every night or using the excuse that I need some protein to eat burgers all the time. Bonus: I’m eating more servings of fish every week. Random: My appetite and cravings have been MUCH calmer recently.

The Goings: I really like her workouts. Every time I strength train I go straight for her workouts, the thing is, I just don’t go for strength training very often. I am doing it more often and more consistently than ever, but that really isn’t saying much. Sometimes twice a week, sometimes once, and sometimes none. I think I need to focus on just getting in 2-3 days of ST on a regular basis before I can commit to doing a full 16 week program.

Results: I can now do 3 real pushups. Thats a big improvement from zero.

The Goal: Don’t have any goals, just run for fun.

Results: I’ve been loving this. Absolutely loving it. It’s really helped me recover from Half Marathon Burnout. I’ve been running 2-3 times a week and the funny thing? I’ve seen more improvement over the past 2 months than I have in almost a year. I’ve had a little bit of half marathon envy going on recently but every time I look up races I realize that I still just don’t want to yet – and that is perfectly ok with me.

What Now?: I have my eye on a few 5ks and I’m thinking of trying for a PR. I’ve actually never really tried to train for anything shorter than a half marathon, I’ve always just run the races as part of training for something longer.

I’m trying not to take on any new goals right now but I can’t stop thinking about that ass-handing I got from Wednesdays spin class. Something tells me my organization skills should be at the top of the reform list though.

Are you working on anything right now?

2 thoughts on “Goals: The Update Edition”